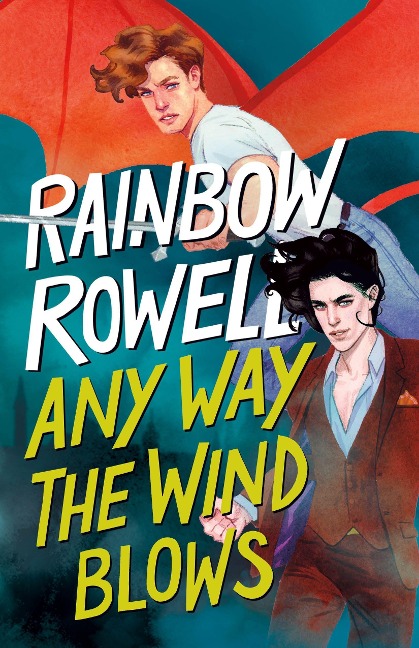 Any Way the Wind Blows

In Any Way the Wind Blows, Simon and Baz and Penelope and Agatha have to decide how to move forward.

For Simon, that means deciding whether he still wants to be part of the World of Mages - and if he doesn't, what does that mean for his relationship with Baz? Meanwhile Baz is bouncing between two family crises and not finding any time to talk to anyone about his newfound vampire knowledge. Penelope would love to help, but she's smuggled an American Normal into London, and now she isn't sure what to do with him. And Agatha? Well, Agatha Wellbelove has had enough.

Any Way the Wind Blows takes the gang back to England, back to Watford, and back to their families for their longest and most emotionally wrenching adventure yet.

This book is a finale. It tells secrets and answers questions and lays ghosts to rest.

Carry On was conceived as a book about Chosen One stories; Any Way the Wind Blows is an ending about endings. About catharsis and closure, and how we choose to move on from the traumas and triumphs that try to define us.

I'll Give You the Sun

I Was Born For This

What Belongs to You

Aristotle and Dante Dive into the Waters of the...

A Ladder to the Sky

Aristotle and Dante Dive into the Waters of the...

The Mask of Apollo

The Bull from the Sea

The Porcupine of Truth