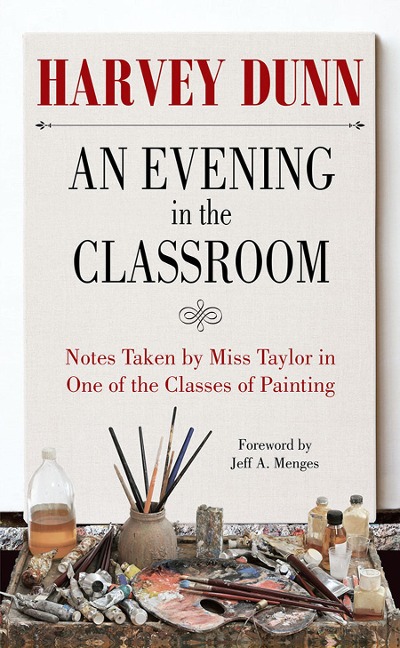 An Evening in the Classroom

"Dunn, in his teaching, was more concerned with the essential spirit of work than with technical procedures. He never taught what kind of brushes or what kind of paint to use. It was merely whether the result had anything in common with the excitement of human existence." — Dean Cornwell, "the Dean of Illustrators"

Illustrator and painter Harvey Dunn was deeply influenced by Howard Pyle and the teaching he received while at his school. Pyle's Brandywine students became some of the most important and well-regarded artists of the twentieth century, including N. C. Wyeth, Frank Schoonover, Violet Oakley, and Jessie Willcox Smith. All studied alongside Dunn, and many of them would go on to teach. Dunn embraced Pyle's approach as an instructor and went on to influence the next generation of artists.
During the course of an evening in 1934, while Dunn was teaching at Grand Central School of the Arts, one Miss Taylor, a witness to the class, recorded his comments and criticisms. These notes later surfaced in a slim, limited-edition volume. Enhanced by Dunn's striking woodcut images, the book provides a flavorful re-creation of the atmosphere in his classroom. An Evening in the Classroom is the best-preserved record of Dunn's critiques, and this handsome hardcover book will instruct and inspire artists, teachers and students, and art historians.
E-Book 07/2019