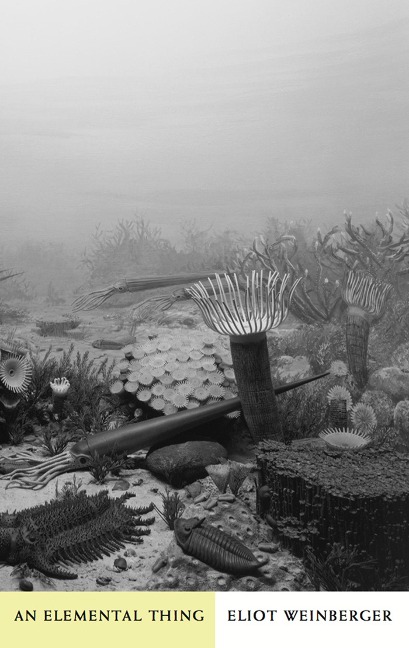 Internationally acclaimed as one of the most innovative writers today, Eliot Weinberger has taken the essay into unexplored territories on the borders of poetry and narrative where the only rule, according to the author, is that all the information must be verifiable.

With An Elemental Thing, Weinberger turns from his celebrated political chronicles to the timelessness of the subjects of his literary essays. With the wisdom of a literary archaeologist-astronomer-anthropologist-zookeeper, he leads us through histories, fables, and meditations about the ten thousand things in the universe: the wind and the rhinoceros, Catholic saints and people named Chang, the Mandaeans on the Iran-Iraq border and the Kaluli in the mountains of New Guinea. Among the thirty-five essays included are a poetic biography of the prophet Muhammad, which was praised by the London Times for its "great beauty and grace," and "The Stars," a reverie on what's up there that has already been translated into Arabic, Chinese, Hindi, and Maori.
E-Book 05/2007