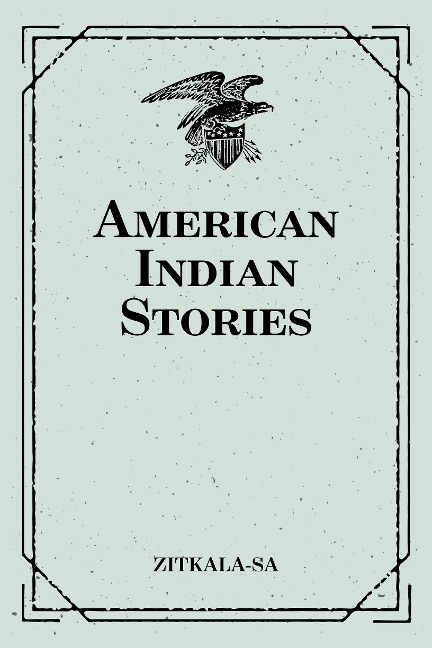 Zitkala-Sa was a 19th century Sioux author and activist, and this is a collection of Native American tales he compiled during trips to various reservations.
Among Native American tribes, the Sioux are one of the best known and most important. Participants in some of the most famous and notorious events in American history, the history of the Sioux is replete with constant reminders of the consequences of both their accommodation of and resistance to American incursions into their territory by pioneering white settlers pushing further westward during the 19th century. Some Sioux leaders and their bands resisted incoming whites, while others tried to accommodate them, but the choice often had little impact on the ultimate outcome. Crazy Horse, who was never defeated in battle by U.S. troops, surrendered to them in 1877, only to be bayoneted to death by soldiers attempting to imprison him. Black Kettle, who flew a large American flag from his lodge to indicate his friendship with the white man, was shot to death by soldiers under George Custer's command in 1868.
Throughout the 19th century, the U.S. government and its officials in the West adopted a policy of dividing the Sioux into two groups: "Treaty Indians" and "Non-treaty Indians." Often they used these groups against each other or used one group to influence another, but the end was always the same. They were forced off the land where they resided, their populations were decimated by disease, and they were forced onto reservations to adopt lifestyles considered "appropriate" by American standards.
Despite being some of the most erstwhile foes the U.S. government faced during the Indian Wars, the Sioux and their most famous leaders were grudgingly admired and eventually immortalized by the very people they fought. Sitting Bull and Crazy Horse remain household names due to their leadership of the Sioux at the fateful Battle of the Little Bighorn, where the native warriors wiped out much of George Custer's 7th Cavalry and inflicted the worst defeat of the Indian Wars upon the U.S. Army. Red Cloud remains a symbol of both defiance and conciliation, resisting the Americans during Red Cloud's War but also transitioning into a more peaceful life for decades on reservation.
E-Book 11/2015