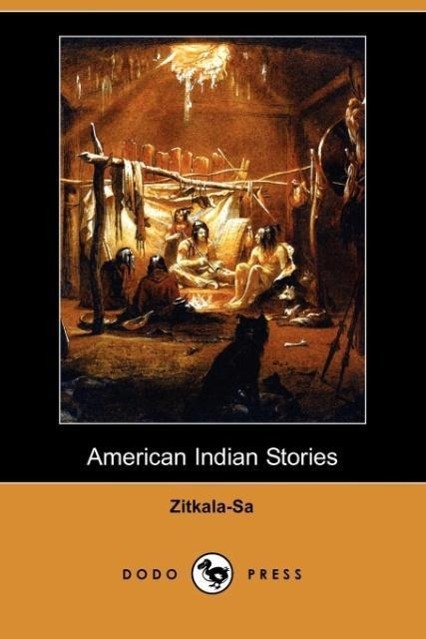 Gertrude Simmons Bonnin (1876-1938), better known by her pen name, Zitkala-Sa, was a Native American writer, editor, musician, teacher and political activist. She was born and raised on the Yankton Sioux Reservation in South Dakota by her mother. Zitkala-Sa lived a traditional lifestyle until the age of eight when she left her reservation to attend Whites Manual Labor Institute, a Quaker mission school in Indiana. She went on to study for a time at Earlham College in Indiana and the New England Conservatory of Music in Boston. A considerable talent, Bonnin co-composed the first American Indian grand opera, The Sun Dance in 1913. After working as a teacher at Carlisle Indian Industrial School, she began publishing short stories and autobiographical vignettes. Her autobiographical writings were serialized in Atlantic Monthly and, later, published in a collection called American Indian Stories in 1921. Her first book, Old Indian Legends (1901), is a collection of folktales that she gathered during her visits home to the Yankton Reservation. Her other works include Stories of Iktomi and Other Legends of the Dakotas (1901) and Oklahoma's Poor Rich Indians (1924).