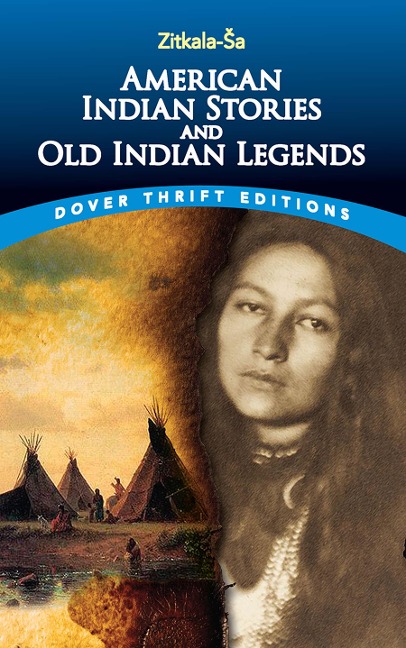 "Whether your interest in Sioux folklore is great or small, you will find this a fascinating book to devour. Pick up a copy today and be thrilled." — The Reading Room
This accessible and affordable volume combines two essential collections by Sioux author Zitkala-Sa. American Indian Stories assembles short stories, autobiographical reflections, and political essays that offer poignant reflections on the author's sense of being stranded between the white and Native American worlds. Old Indian Legends features tales from the oral tradition — legends passed down through the generations that form a genre known as the "retold tale."
Born on South Dakota's Yankton Reservation in 1876, Zitkala-Sa felt "as free as the wind that blew my hair, and no less spirited than a bounding deer." At the age of eight, she traded her freedom for the iron discipline of a Quaker boarding school. Disillusioned by American society as well as her own tribe, Zitkala-Sa attended college, became a teacher, and wrote about her experiences in a variety of books and magazines. A prominent advocate for Native American rights throughout her life, she was a key figure in the legislation that granted Native Americans citizenship in 1924.