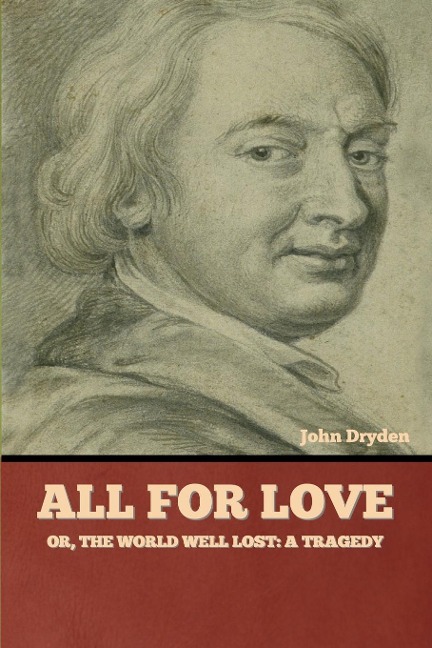 All for Love; Or, The World Well Lost

All for Love; or, the World Well Lost, is a 1677 heroic drama by John Dryden which is now his best-known and most performed play. It is a tragedy written in blank verse and is an attempt on Dryden's part to reinvigorate serious drama. It is an acknowledged imitation of Shakespeare's Antony and Cleopatra, and focuses on the last hours of the lives of its hero and heroine.

Although it ostensibly deals with the same topic as Shakespeare's Antony and Cleopatra, Dryden confines the action to Alexandria and focuses on the end of their doomed relationship. It first appeared in 1677, was revived in 1704 and performed 123 times between 1700 and 1800, becoming the preferred version of the story; Shakespeare's play did not reappear on the London stage until 1813.