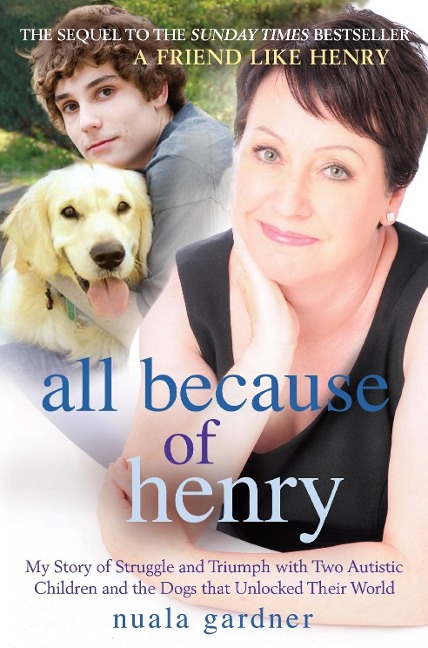 All Because of Henry is the heart-rending story of Nuala Gardner and her remarkable struggle to bring up two autistic children - with the help of Sir Henry, Wee Henry and Thomas, the family's incredible four-legged friends. In the bestselling A Friend Like Henry, Nuala told how their beautiful golden retriever helped provide a miraculous breakthrough into her son Dale's severely autistic world. Now, in the much-anticipated sequel, Dale turns 17 and he's ready for the world - but is the world ready for him? And can their new dog, Thomas, have the same amazing effect on Nuala's autistic daughter Amy? As she faces up to a new set of challenges, Nuala begins to realise that the struggles of the past are nothing to what's still to come. And she must also face up to the ordeal of her crumbling marriage and find the strength to carry on against a backdrop of adversity, prejudice, family secrets and some very unexpected twists. All Because of Henry is the extraordinary true story of one woman's family, of overcoming obstacles, and of the wonderful dogs that helped them through it all. And it's a story that did not end with Sir Henry - it began - and it continues here, in warmth, heartbreak, hard times and, ultimately, triumph.