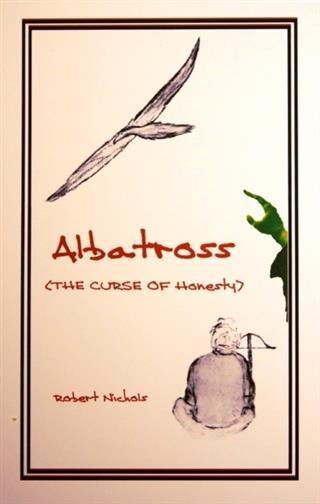 The Curse of Honesty

Greg Watson was just a regular enough school teacher fellow when, in order to quit taking debilitating pills to control his high blood pressure, he began to practice Hush Meditation. It worked. His numbers dropped to normal and his love life rose back to normal. All was well until, during meditation, a strange little man in a monk's cowl appeared and directed him to shoot a crossbow arrow into a tiny sector of his own brain. (Hence, the title, Albatross.) "What have I done?" Greg asked. "Oh, nothing much. You've only disabled your mind's ability to create bullshit."

The consequence of this communicative impairment was catastrophic. Absolute honesty loses Greg his wife, his friends, and his job. Though this may seem a bit on the serious side, in fact, it is an uplifting and imaginative tale of farce, surrealism, and heartfelt truth written with a storyteller's craft and a poet's touch.