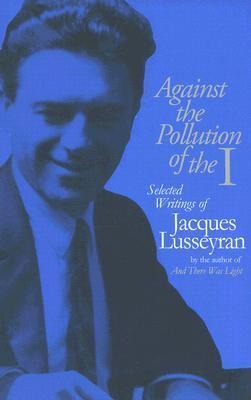 Against the Pollution of the I: Selected Writings of Jacques Lusseyran

Six little-known essays by the blind French author and Resistance leader Jacques Lusseyran, gathered together for the first time in English. Four of the six essays are based on Lusseyran's experiences both during and after university life as a professor of literature and philosophy in Europe and in the United States.