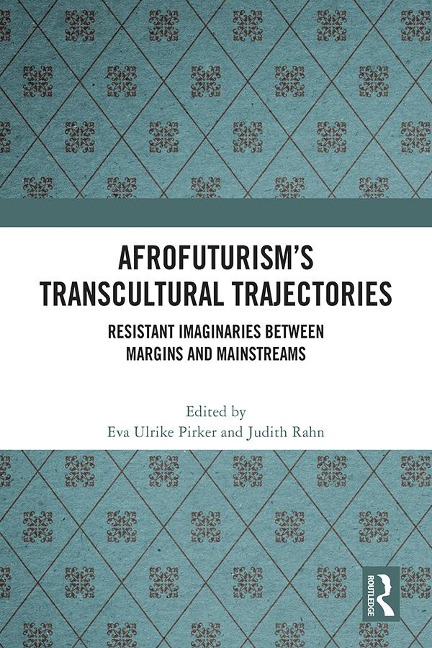 Resistant Imaginaries Between Margins and Mainstreams

The future is a contested terrain and one that has in recent years been debated, theorized and imaginatively constructed with an unprecedented, albeit unsurprising, sense of urgency. The recent Afrofuturist imaginary is an increasingly noticeable field in these debates and manifestations, requesting as it does the envisioning of a future through an artistic, scientific and technological African or Black lens. Afrofuturism is not a new term, but it seems to have broadened and developed in different directions. The recent Afrofuturist engagements, which oscillate between narratives of empowerment and tech-wise superheroes on the one hand and dystopian agendas on the other, raise questions about earlier futurist accounts, about historical Black visions of the future that precede the establishment even of the term "Afrofuturism". This volume contextualizes Afrofuturism's diverse approaches in the past and present through investigations into overlapping horizons between Afrofuturist agendas and other intellectual and/or artistic movements (e.g., Pan-Africanism, debates about Civil Rights, decolonial debates and transcultural modernisms), as well as through explorations of Afrofuturist approaches in the 21st century across media cultures and in a transcultural perspective. This book was originally published as a special issue of the journal Critical Studies in Media Communication.

Judith Rahn is Lecturer at the Department of English and American Studies at Heinrich-Heine-Universität Düsseldorf, Germany. She has published on issues of posthumanism, affect and monstrosity.

3. Reframing the post-apocalypse in Black British film: the dystopian Afrofuturism of Welcome II the Terrordome and Shank

5. A question of the sonic: problematizing Afrofuturism and its relation to Black Sound, with a case study of DJ Steloolive's performance art

7. Math and magic: Nnedi Okorafor's Binti trilogy and its challenge to the dominance of Western science in science fiction

8. Wakanda Africa do you see? Reading Black Panther as a decolonial film through the lens of the Sankofa theory