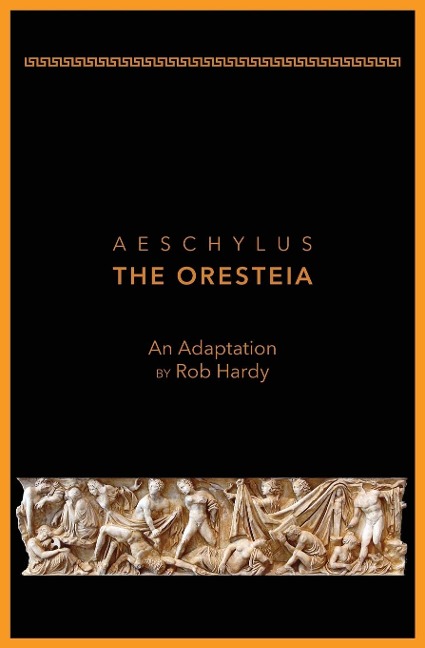 An Adaptation by Rob Hardy

The essence of Aeschylus's famous trilogy in a single play that speaks forcefully to today's audiences. In lean, lyrical poetry, Rob Hardy's adaptation highlights all the glory of the original:

choruses that echo the liturgical and hymnic infl uences behind Greek drama;

Aeschylus's pride in Athenian law, philosophy, and oratory. In his Oresteia Aeschylus gave Athens reason to believe that institutionalized justice, not revenge, tames the savagery of human beings. His message resonates in our time, and Hardy's accessible adaptation is a steadfast modern guide to this ancient wisdom.

With a foreword, an introduction, notes, and figures. Called "masterful" by Thomas Van Nortwick, professor of classics (emeritus), Oberlin College.

Rob Hardy is a Minnesota poet and classicist who has published poems and essays in a wide range of publications.

Gregg F. Relyea is a professor of law at the University of San Diego School of Law, California Western School of Law, and University of California, San Diego (UCSD), teaching negotiation, mediation, and alternative dispute resolution. He has been called upon by numerous governmental agencies, courts, and corporations to provide mediation training, including the United States Department of Justice, the United States State Department, the San Diego Superior Court, the Hong Kong International Arbitration Centre, the Supreme Court of India, the High Courts of Delhi, India, Bangalore, India, Chennai, India, and Ahmedabad, India. He has also conducted mediation training for various non-governmental agencies in the United States and around the world. Mr. Relyea was a guest of honor at the 2018 International ADR Summit in Delhi, India, where he moderated panels, provided training, and served as a valedictory speaker to close the conference. He is a frequent guest lecturer for specialized programs, including the Osher Lifelong Learning Institute (University of California, San Diego), the San Diego Association of Realtors, and in-house training programs at law firms and other organizations. Mr. Relyea is an experienced workplace investigator, working with corporations to understand claims of discrimination and harassment, and wrongful termination.

Gregg F. Relyea is a full-time mediator, professional negotiator, international trainer and lawyer. He helps people resolve legal, governmental, complex commercial, and interpersonal disputes. As a professor of law, he teaches key principles and advanced skills of constructive conflict resolution. As a mediator, Mr. Relyea applies these principles and skills on a regular basis with everyday people, litigants, and organizations.