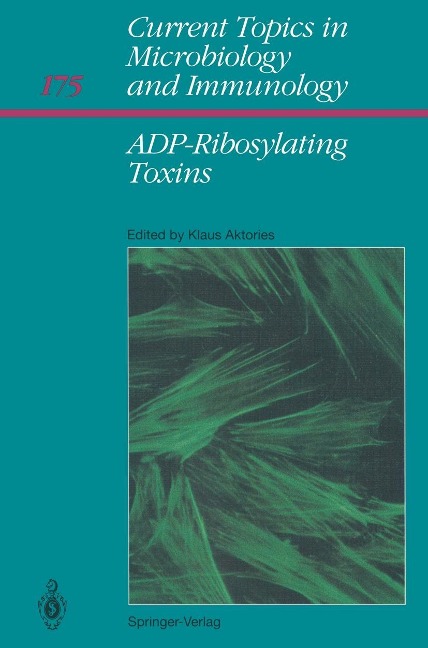 ADP-ribosylating toxins have been the focus of intensive research for more than 30 years. Researchers from diverse fields of science have taken an interest in these bacterial toxins; they are studied, for example, by microbiologists, biochemists, cell biologists, and pharmacologists. There are two principal reasons for the broad and still growing interest in ADP­ ribosylating toxins. First, insights into the structure and functions of the toxins might be the key to prevention and treatment of diseases caused by the toxin-producing infectious micro­ organisms. Second, the ADP-ribosylating toxins provide potent and often unique pharmacological tools for the study of the physiological functions of their target proteins. The latter is especially the case with cholera and pertussis toxins, which both modify the IX-subunits of heterotrimeric G-proteins involved in signal transduction pathways. These toxins have proved invaluable in extending our basic understanding of the regulation of hormone-controlled signal transduction. This volume provides a review and an update of recent studies on the basic properties of bacterial ADP-ribosylating tbxins and/or exoenzymes. Our current knowledge of the cel­ lular entry mechanisms of ADP-ribosylating toxins is reviewed by MADSHUS and STENMARK. WILSON and COLLIER then deal with recent insights into the enzyme mechanism and active site structure of diphtheria toxin and Pseudomonas aeruginosa exotoxin A, which modify elongation factor 2. Toxins which ADP-ribosylate heterotrimeric G-proteins involved in trans­ membrane signal transduction are the subject of the next two chapters.