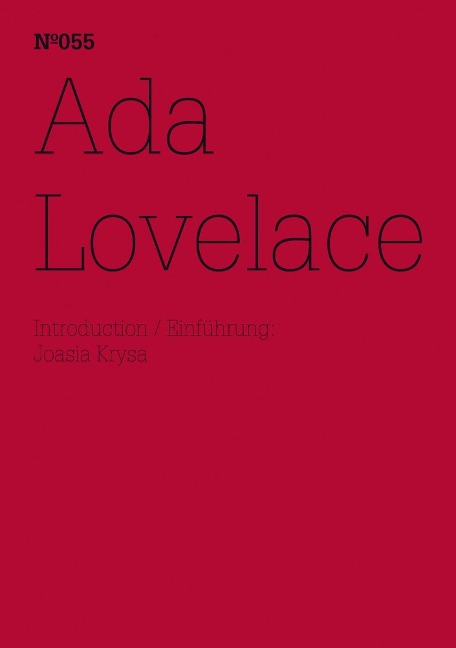 Augusta Ada King, Countess of Lovelace and daughter of Lord Byron, was a writer who, as a young adult, developed a deep interest in mathematics, in particular in Charles Babbage's work on the Analytical Engine. This notebook includes a full reproduction of her famous "Note G," one of several notes that supplemented her translation of a text by Luigi Federico Menebrae about Babbage's research. Note G contains an algorithm that functions as a software to enable Babbage's Engine-which did not yet exist-to perform computing processes and is widely regarded as the first computer program. While Note G expresses the author's doubt about a computer's capability to develop what we would call "artificial intelligence," in other places she foresees that computers could go beyond pure calculation. In her thinking, Lovelace "managed to combine scientific rationalism with subjective imagination." Additionally to Note G, this notebook contains selected transcripts and reproductions of letters exchanged between her and Babbage, as well as her sonnet "The Rainbow."

Joasia Krysa is a curator, academic and Agent for dOCUMENTA (13).

God in Search of Man

There Is No Planet B