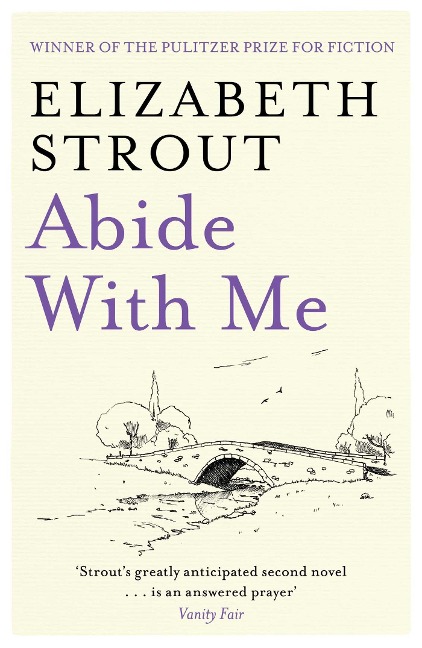 From the bestselling author of the Pulitzer Prize-winning Olive Kitteridge,this is a startlingly beautiful novel about love and abandonment, faith and hypocrisy - and the peril of family secrets.

'Deeply moving... In one beautiful page after another, Strout captures the mysterious combinations of hope and sorrow.' The Washington Post

Katherine is only five years old. Struck dumb with grief at her mother's death, it is down to her father, the heartbroken minister Tyler Caskey, to bring his daughter out of silence. But Tyler is barely surviving himself. Since Lauren's death he struggles to find the right words for his sermons - how can he be a leader to his congregation when he himself is lost?

When Katherine's teacher calls to discuss his daughter's anti-social behaviour, it sparks a chain of events that begins to tear down Tyler's defences. The small-town rumour-mill has much to make of Katherine's odd behaviour, and even more to say about Tyler's relationship with his housekeeper. In Tyler's darkest hour, a startling discovery will test his congregation's humanity - and his own will to endure the kinds of trials that sooner or later test us all.

Praise for Elizabeth Strout
'Astonishingly good' Evening Standard
'So good it gave me goosebumps.'Sunday Times
'Strout animates the ordinary with astonishing force.' The New Yorker
'A superbly gifted storyteller and a craftswoman in a league of her own.' Hilary Mantel
'Graceful and moving.' People

Elizabeth Strout's tenure as a lawyer (six months) was slightly longer than her career as a stand-up comedian (one night). She has also worked as a bartender, waitress and piano player at bars across the USA. She now teaches literature in New York, where she lives with her husband and daughter.