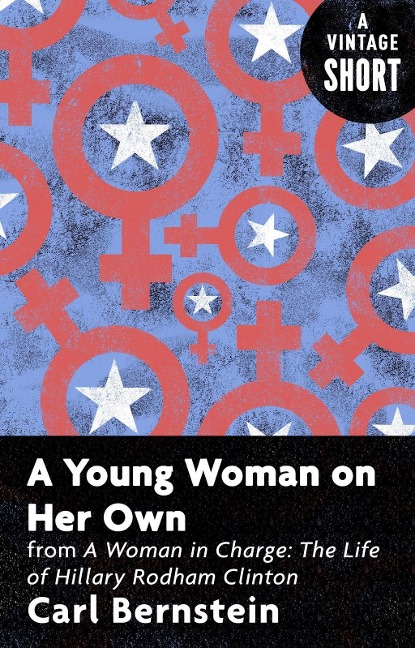 A Young Woman on Her Own

from A Woman in Charge

From the definitive, humanizing biography of one of the most powerful and widely misunderstood women of our time: Hillary Rodham Clinton. Pulitzer Prize-winning reporter Carl Bernstein sheds light on Hillary's political development during her four years as an impressionable but fierce undergraduate at Wellesley.

In thick, Coke-bottle glasses, here is an ambitious young student-galvanized by the assassination of Martin Luther King and the women's liberation movement-fighting to be recognized by the East coast elite. Bernstein reveals a side of Hillary not often seen in a tender, heartening, and measured depiction of her even-keeled transformation from a Barry Goldwater conservative raised in a staunchly anti-communist household in Illinois into an "agnostic intellectual liberal" and an impassioned progressive dedicated to peaceful and pragmatic reform.

Carl Bernstein shared a Pulitzer Prize with Bob Woodward for his coverage of Watergate for The Washington Post. He is the author, with Woodward, of All the President's Men and he Final Days, and, with Marco Politi, of His Holiness: John Paul II and the History of Our Time. He is also the author ofLoyalties, a memoir about his parents during McCarthy-era Washington. He has written for Vanity Fair (he is also a contributing editor), Time, USA Today, Rolling Stone, andThe New Republic. He was a Washington bureau chief and correspondent for ABC News. He lives with his wife, Christine, in New York.