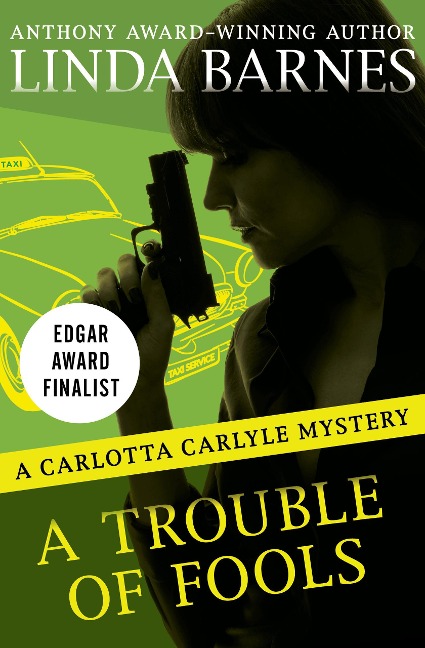 This award-winning debut mystery introduces a Boston PI who's "one of the most sparkling, most irresistible heroines ever to grace the pages of a whodunit" (Chicago Sun-Times).

Let go from the Beantown police force for insubordination, Carlotta Carlyle is ready for business. Her first client is the genteel and elderly Margaret Devens, whose brother, Eugene, one of the last in a handful of Boston's aging Irish cabbies, has suddenly vanished.

The case should be a cinch. Carlotta knows the territory. She even knew Eugene. But when Margaret is attacked, Carlotta fears the disappearance is just one hitch in a bigger scheme. Trolling the local pubs for clues isn't going to hack it. Especially when she finds herself at odds with the FBI and a Mafia-connected former lover. As a moonlighting cabbie, Carlotta knows the streets well. But even she has no idea just how dangerous a route she's taken . . .

Winner of the American Mystery Award and nominated for both the Edgar and Shamus Awards, this first book in the series is "beautifully plotted, exciting, moving, and leavened with wit" (Robert B. Parker).

Linda Barnes is the award-winning author of the Carlotta Carlyle mystery series. Her witty, private investigator heroine has been hailed as "a true original" by Sue Grafton. Barnes has also written the Michael Spraggue mystery series and a stand-alone novel, The Perfect Ghost. A winner of the Anthony Award and an Edgar and Shamus Award finalist, she lives in the Boston area with her husband and son. You can visit her at www.LindaBarnes.com.