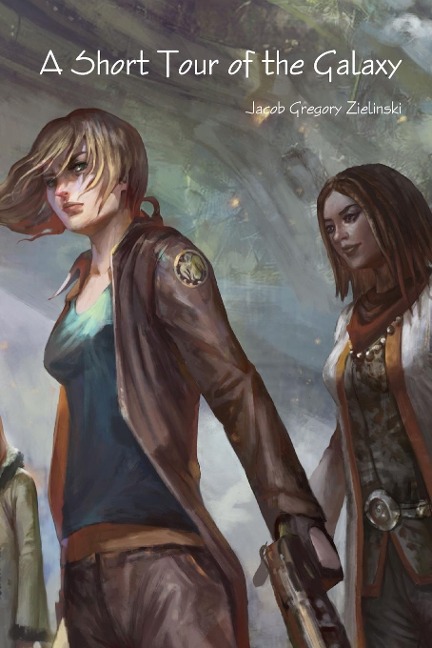 A Short Tour of the Galaxy

Answering a distress call near the edge of the solar system leads the unprepared crew of the Achilles to rediscover planets, technology and alien races lost in history to an ancient war in A Short Tour of the Galaxy.

Only two years after the end of the third Solar Wide War, the crew of a defenseless commercial vessel is thrust into the galactic spotlight as they are unwittingly faced with decisions that could provoke yet another war between Earth and Europa's allies.  Their relationships are put to the test as they disobey restrictions placed on mankind's exploration beyond their own solar system to save their newest crew member.  What started as a tedious six-month gas cultivation, turns into first contact, a rescue mission and brunch on a space station.  When forced to face their mistakes a final stop, in the heart of the enigmatic Shie Empire, is their only option.  They only hope that they haven't avoided the next solar war, by starting the next galactic war instead.