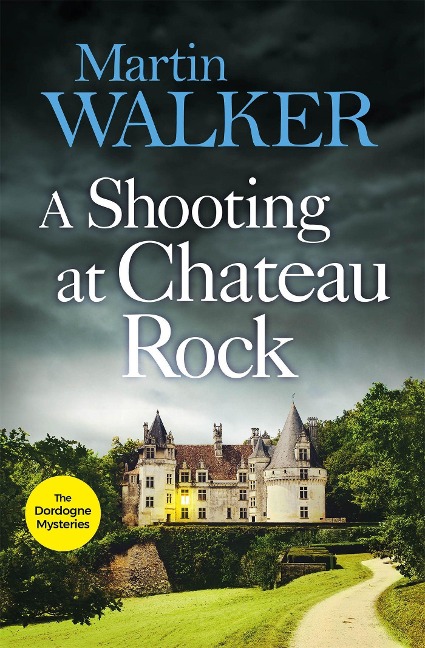 A Shooting at Chateau Rock

Millions of readers worldwide are talking about the Dordogne Mysteries. Discover why and join them with this gripping new read!

'THE MAIGRET OF THE DORDOGNE' ANTONY BEEVOR

Following the funeral of a local farmer, Bruno gets a phone call from his son. He tells Bruno that just before his father's death from an apparent heart attack, he had signed over his property to an insurance company in return for a lifetime's subscription to a luxury retirement home.

Bruno discovers that the retirement home and the insurance company are a scam with links to a Russian oligarch whose dealings are already being tracked by the French police.

At the same time, an aging British rock star is selling his home, Chateau Rock. The star's son returns for the summer with his Russian girlfriend. As Bruno pursues his inquiries into the farmer's death and the stolen inheritance, he learns that the oligarch is none other than the girlfriend's father. Bruno's talents are tested to the limit as he untangles a Gordian Knot of criminality that reaches as far as the Kremlin.

But luckily Bruno still has time to cook delicious meals for his friends and enjoy the life of his beloved Dordogne. What's more, love is in the air. His pedigree basset, Balzac, is old enough to breed. Bruno heads for the kennels where a suitable beauty, Diane de Poitiers, is ready and waiting for Balzac's attentions...

Martin Walker is a prize-winning journalist and the author of several acclaimed works of non-fiction, including The Cold War: A History. He lives in the Dordogne and Washington, DC.