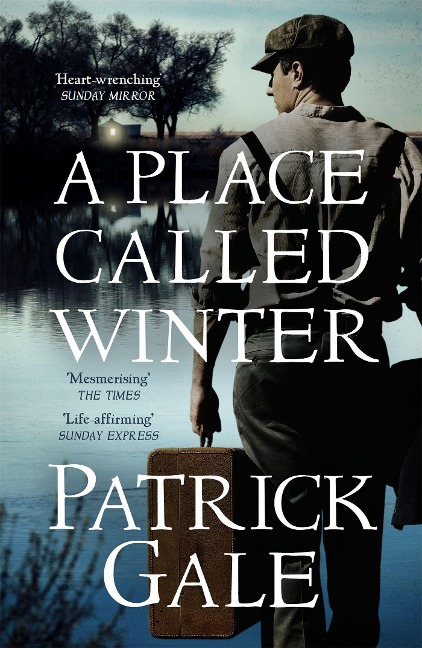 Harry Cane has followed tradition at every step, until an illicit affair forces him to abandon the golden suburbs of Edwardian England and travel to the town of Winter in the newly colonised Canadian prairies. There, isolated in a beautiful but harsh landscape, Harry embarks on an extraordinary journey, not only of physical hardship, but also of acute self-discovery.

'Gale's confident, supple prose expresses the labour and hardship that toughen Harry's body as they calm his mind...Harry Cane is one of many, the disappeared who were not wanted by their families or their societies and whose stories were long shrouded with shame. This fascinating novel is their elegy' The Guardian
'Gale's novels are imbued with clear-eyed psychological truths navigating the emotional landscape of characters it is impossible not to care about deeply. Sensitive and compelling' Irish Times
'A mesmerising storyteller; this novel is written with intelligence and warmth' The Times

Patrick Gale was born on the Isle of Wight. He spent his infancy at Wandsworth Prison, which his father governed, then grew up in Winchester before going to Oxford University. He now lives on a farm near Land's End. One of this country's best-loved novelists, his most recent works are A Perfectly Good Man, the Richard and Judy bestseller Notes From An Exhibition, the Costa-shortlisted A Place Called Winter and Take Nothing With You. His original BBC television drama, Man In An Orange Shirt, was shown to great acclaim in 2017 as part of the BBC's Queer Britannia series, leading viewers around the world to discover his novels.

What Belongs to You

The Perks of Being a Wallflower YA edition

The Line of Beauty

Tales of the City

The Sky is Everywhere

The Boy Who Saw In Colours

History Is All You Left Me

More Happy Than Not