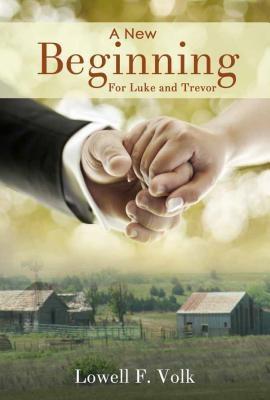 For Luke and Trevor

After arriving in Colorado, Raquel and Trevor get married and claim land under the Homestead Act. Luke and Dancing Flower want to go further west but stay the winter to the help Trevor build their new home. Luke, thinking about getting land but not wanting to settle down, still has the itch to go further west. When spring comes, he and Dancing Flower head into the Colorado Mountains. After a conflict at a stage stop where a man takes offense to eating with a squaw, Luke knocks him to the floor where he swears to kill Luke. They leave the stage stop and continue higher into the mountains, where they find a miner who was shot. After saving Zeb's life, Zeb asks Luke to become his new partner to replace his old one who was killed in a mining accident. One day while Zeb and Luke go to town for supplies, the man who wants revenge against Luke finds Dancing Flower alone. Seeing his chance for revenge, he waits until she leaves the cabin before he goes in. When she returns, he knocks her out and takes her to an abandoned mine. There he sets his plan to get Luke alone where he can kill both him and Dancing Flower.