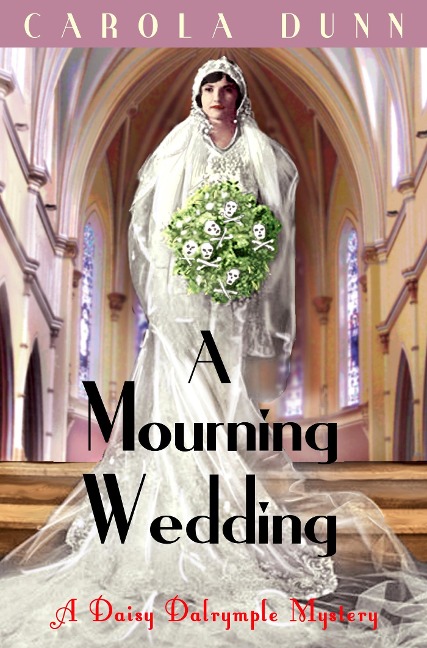 The inimitable Daisy Dalrymple Fletcher and her husband Detective Chief Inspector Alec Fletcher seem to get a reprieve from their sleuthing duties when they are invited to the wedding of their friend, Lucy Fotheringay.

Lucy's grandfather is hosting the ceremony at his beautiful estate and so it promises to be a typical affair with hordes of gossipy aunts and other colourful, but not necessarily pleasant relatives. Daisy meets all these characters and observes the ensuing familial fraternization with a certain kind of amusing nonchalance. That is, until Lucy's great aunt is found strangled to death in her bed. Lucy, in the meantime, has arranged to meet her betrothed in the conservatory, but when she arrives she finds him trying to revive her uncle, who has died-or has he been murdered? And just like that a normally celebratory occasion turns suspicious.

Now Daisy must sift through a throng of relatives-aunts, uncles, cousins, grandparents- once wedding guests and now murder suspects. And she must find the killer quickly before another family member becomes a corpse.

Critical Praise for The Daisy Dalrymple novels by Carola Dunn:

"Replete with well-drawn characters, snappy dialogue and interesting plot twists...Easily the best entry in a charming series." Booklist on Mistletoe and Murder

"The period sense remains vivid, the characterizations are excellent, and the mysteries are, if anything, more perplexing than ever." The Oregonian on Rattle His Bones

"Daisy and her husband spring into action, surrounded by historical armaments, secret rooms, hidden treasure, and family secrets. For fans of British cozies and Dorothy Sayer's novels, this is a very inviting situation." Library Journal on Mistletoe and Murder

"Styx and Stones is a swift, deeply enjoyable read. While Dunn's influences are many, she ultimately makes this territory her own." The Register-Guard

"Reading like an Agatha Christie thriller, Rattle His Bones is a charming look at life after the first World War." Romantic Times

"Dunn captures the melting pot of Prohibition-era New York with humorous characterizations and a vivid sense of place, and with careful plotting lays out an enjoyable tale of adventure." Publisher's Weekly on The Case of the Murdered Muckraker