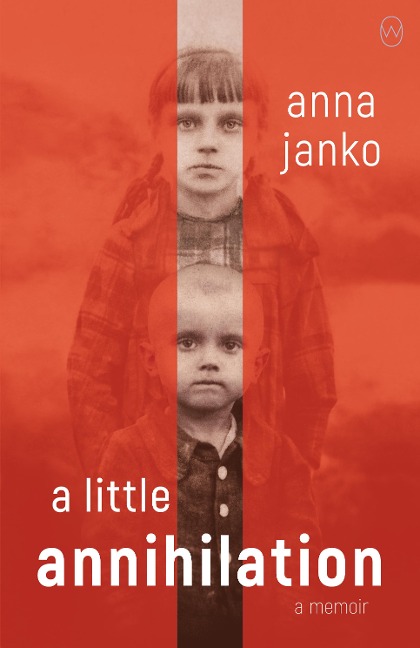 "Scenes from the war live on as trauma in the memory of the next generation. A Little Annihilation by Anna Janko is an extraordinarily personal and powerful account of how the worst wartime atrocities affect ordinary people and are seldom recorded in the official histories."-OLGA TOKARCZUK, winner of the Man Booker International Prize for Flights

June 1, 1943, Eastern Poland. Within just a few hours, the village of Sochy had ceased to exist. Buildings were burned. Residents shot. Among the survivors was nine-year-old Teresa Ferenc, who saw her family murdered by German soldiers, and would never forget what she witnessed the day she became an orphan. The horror of that event was etched into her very being and passed on to her daughter, author Anna Janko. A Little Annihilation bears witness to both the crime and its aftershocks-the trauma visited on the next generation-as revealed in a beautifully scripted and deeply personal mother-daughter dialogue. As she fathoms the full dimension of the tragedy, Janko reflects on memory and loss, the ethics of helplessness, and the lingering effects of war.

ANNA JANKO is one of the best-known contemporary Polish writers. A poet and literary critic, Janko has twice been nominated for the Nike Literary Prize (2001, 2013). She has also been nominated for the Angelus Central European Literature Award in 2008 and again in 2016, where A Little Annihilation was a finalist. She has won multiple awards and literary prizes including the City of Gdansk Book of the Year (1981) and the Dresden Independent Writers' Society Prize (1993) for her entire poetic oeuvre. A film based on A Little Annihilation, under the title A Minor Genocide, was released in 2017. It won major prizes at international film competitions in New York and Calcutta and received the Humanitarian Award in 2019.

PHILIP BOEHM is an American playwright, theater director, and literary translator based in Houston, Texas. His career has zigzagged across languages, borders, and cultural divides. He studied at the State Academy of Theater in Warsaw, Poland, and has directed extensively on both sides of the Atlantic. He has translated more than thirty novels and plays, mostly by German and Polish writers including Herta Müller, Franz Kafka, and Hanna Krall. For this work he has received numerous awards, including fellowships from the NEA and the John Simon Guggenheim Memorial Foundation.