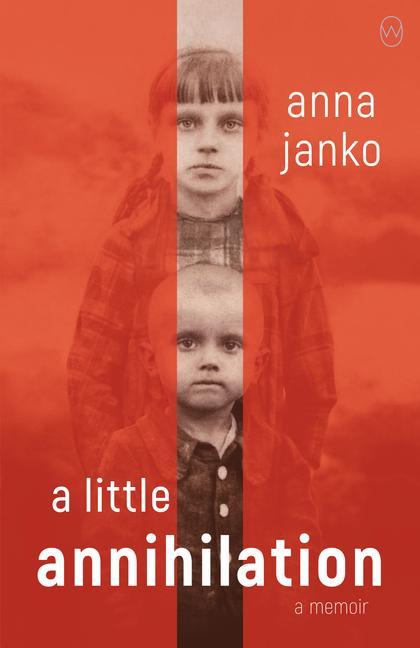 Children in war and second-generation trauma
Eastern Poland, June 1, 1943. It took just a few hours for the village of Sochy to cease to exist. Buildings were burned. Residents shot. Among the ruins, there remained one house, a few survivorsone of whom was nine-year-old Teresa Ferenc, mother of Anna Janko. Young Teresa saw how German soldiers murdered her family, an image which accompanied her throughout her orphanage years. An image she was never able to forget. Anna Janko tells her mother's story in this strong, contemporary testimony on second-generation trauma, told from a multi-generational, all-female perspective. The brutal yet beautifully described history of the pacification of the Polish countryside becomes the starting point for a deeply personal study of ethical and existential helplessness, and the lingering effects of war.
"A Little Annihilation explores war and the relentless grind of history on a human scale-and as such, it is a haunting word of warning for the present and the future."
European Literature Network
"As with Svetlana Alexievich's reportage, in this book war is shown not only as a tragic episode in history, but as a living memory, which even after many years puts us on our guard as a danger which could recur."
Lithub

ANNA JANKO is one of the best-known contemporary Polish writers. A poet and literary critic, Janko has twice been nominated for the Nike Literary Prize (2001, 2013). She has also been nominated for the Angelus Central European Literature Award in 2008 and again in 2016, where A Little Annihilation was a finalist. She has won multiple awards and literary prizes including the City of Gdansk Book of the Year (1981) and the Dresden Independent Writers' Society Prize (1993) for her entire poetic oeuvre. A film based on A Little Annihilation, under the title A Minor Genocide, was released in 2017. It won major prizes at international film competitions in New York and Calcutta and received the Humanitarian Award in 2019.