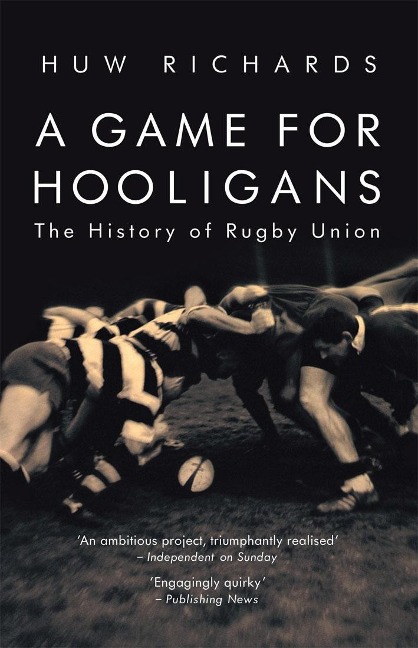 The History of Rugby Union

Rugby union has undergone immense change in the past two decades - introducing a World Cup, accepting professionalism and creating a global market in players - yet no authoritative English-language general history of the game has been published in that time. Until now.

A Game for Hooligans brings the game's colourful story up to date to include the 2007 World Cup. It covers all of the great matches, teams and players but also explores the social, political and economic changes that have affected the course of rugby's development. It is an international history, covering not only Britain and France but also the great rugby powers of the southern hemisphere and other successful rugby nations, including Argentina, Fiji and Japan.

Contained within are the answers to many intriguing questions concerning the game, such as why 1895 is the most important date in both rugby-union and rugby-league history and how New Zealand became so good and have remained so good for so long. There is also a wealth of anecdotes, including allegations of devil-worship at a Welsh rugby club and an account of the game's contribution to the Cuban Revolution.

This is a must-read for any fan of the oval ball.