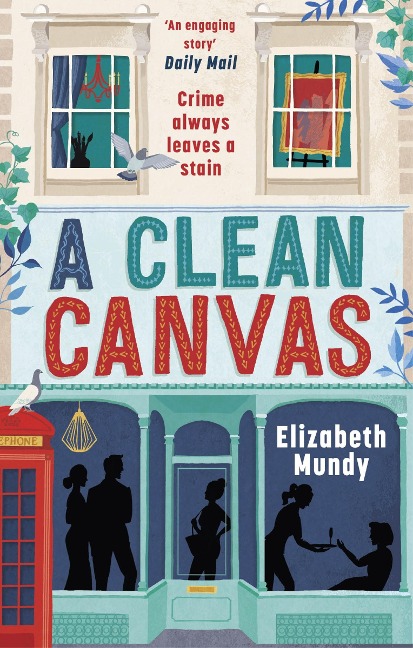 'A deliciously light and amusing soufflé of a book' Irish Independent

Lena Szarka, a Hungarian cleaner, dusts off her detective skills when a masterpiece is stolen from a gallery she cleans with her cousin Sarika. But when Sarika goes missing too, accusations start to fly.

Convinced her cousin is innocent, Lena sweeps her way through the secrets of the London art scene. With the evidence mounting against Sarika and the police on her trail, Lena needs to track down the missing painting if she is to clear her cousin.

Embroiling herself in the sketchy world of thwarted talents, unpaid debts and elegant fraudsters, Lena finds that there's more to this gallery than meets the eye.

What did other readers have to say about A Clean Canvas?

'Witty and warm but with an unsentimental core of steel in its chronicling of London's guest-workers, this looks set to become a highly popular series' Morning Star

'I loved In Strangers' Houses - poignant, funny and races effortlessly along. Lena is a wonderfully unusual heroine and I can't wait for her next adventure' Elodie Harper

'A deliciously light and amusing souffle of a book, the second in a series that is bound to run and run' Irish Independent