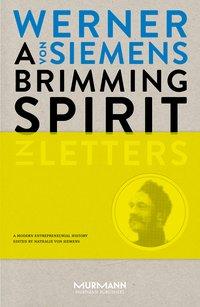 December 13, 2016, marks the 200th birthday of Werner von Siemens. On behalf of Siemens Stiftung, his great-great-granddaughter Nathalie von Siemens joined a team of historians, authors, and editors in combing through around 4,000 letters to and from Werner von Siemens, which form the foundation of a one-of-a-kind book. It is a collage of very personal remarks from his letters and forays into the events of the 19th century. Through Werner's letters, we experience how the first steps in founding the company come to pass, how visions are implemented, and how setbacks and defeats are overcome. His letters are moving and illuminating, revealing the deeply human side of Werner von Siemens.

Translated from German by Matt Zuvela.