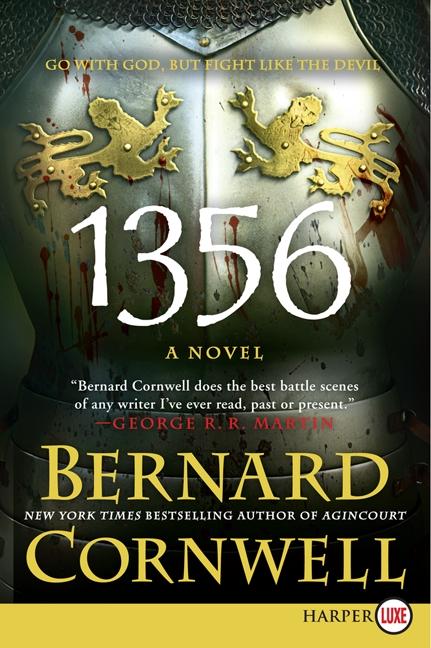 September 1356. Across France, towns are closing their gates. The crops are burning and the countryside stands alert to danger. The English army?led by the heir to the throne, the Black Prince?is set to invade. The French, along with their Scottish allies, are ready to hunt them down.

Thomas of Hookton, known as le Batard, has orders to uncover the lost sword of Saint Peter, a blade with mystical powers said to grant certain victory to whoever possesses her. The French seek the weapon too, and so Thomas's quest will be thwarted by battle and betrayal. As the outnumbered English army becomes trapped near Poitiers, Thomas, his fellow troops, his enemies, and the fate of the sword all converge in a maelstrom of violence, action, and heroism.

Rich in color and characters, in great adventure and thrilling conflict, 1356 is the magnificent tale of how the quest for a holy relic with the power to change history leads to an epic battle.