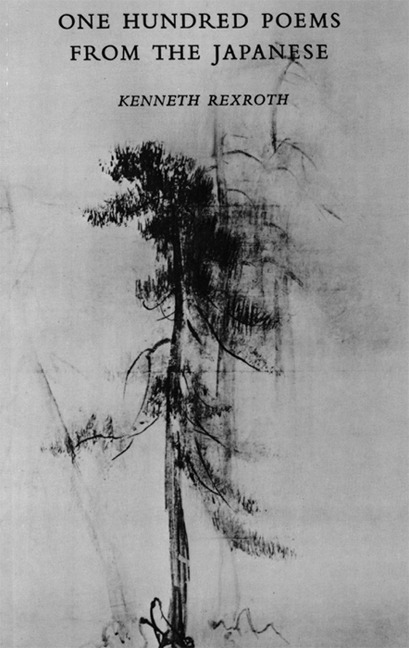 100 Poems from the Japanese

It is remarkable that any Westerner—even so fine a poet as Kenneth Rexroth—could have captured in translation so much of the subtle essence of classic Japanese poetry: the depth of controlled passion, the austere elegance of style, the compressed richness of imagery.

The poems are drawn chiefly from the traditional Manyoshu, Kokinshu and Hyakunin Isshu collections, but there are also examplaes of haiku and other later forms. The sound of the Japanese texts i reproduced in Romaji script and the names of the poets in the calligraphy of Ukai Uchiyama. The translator's introduction gives us basic background on the history and nature of Japanese poetry, which is supplemented by notes on the individual poets and an extensive bibliography.
E-Book 06/1955